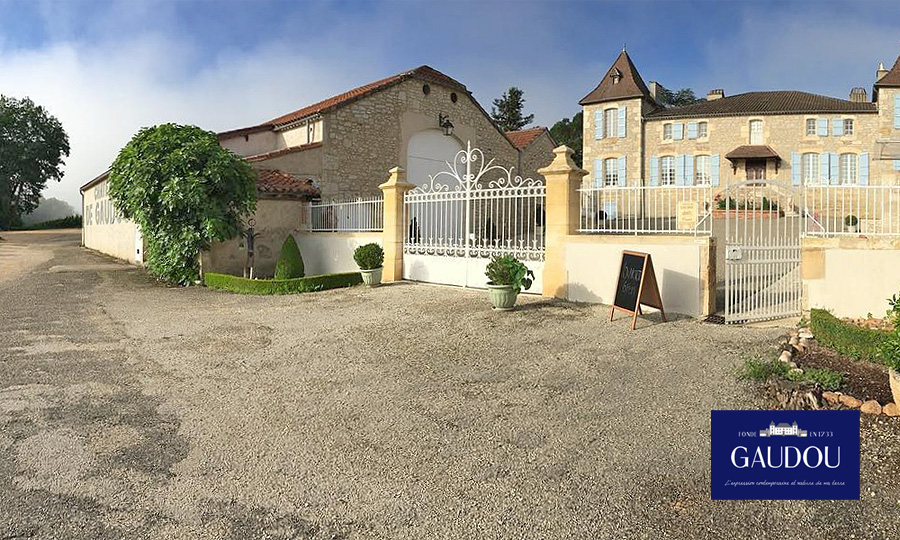 Fabrice Durou, winemaker at Gaudou Castle, develops Cahors wines which reconcile the resources of the grape variety between tradition and contemporaneity Malbec.

On the vineyard of Cahors, in Vire sur Lot, Gaudou Castle is a historic stronghold of local viticulture. The activity is listed there since the beginning of the XVIIIe century and it is from a line of seven generations of winegrowers that Fabrice Durou is today the heir. As was customary in the past, the estate's economy was built on polyculture. The wine trade in barrels and the cultivation of lavender were its main resources. From this ancestral vein well anchored in the land of Lot, the Gaudou Castle today draws all its momentum and topicality. Fabrice Durou has been able to adapt the family history to the requirements of modernity giving the estate the scope of a real winery. The Cahors wines he produces reveal the full dimension of the Malbec grape, combining tradition and contemporaneity in two ranges dedicated to each universe.

A terroir full of nuances

Au Gaudou Castle, the vineyard literally shelters an ancestral testimony: the domain conceals a plot planted with prephylloxic grape varieties. Their heritage presence infuses it with a certain charm accompanied by the certainty that the wine is built here on the particular qualities of the terroir. The Malbec, which forges the wines of Cahors, in fact reveals on these lands a whole range of expressive nuances which are also the ambassadors of the individual plots. Because it was obvious for Fabrice Durou, enlightened by the experience acquired in the vineyards of Bordeaux or Australia, that the identity of Gaudou Castle emanated from the subtle nuances of soils and micro-climates present on the estate. Without forgetting that the preservation of the heritage richness based on a full expression of the vine is necessarily accompanied by environmental requirements. This is how the domain already certified High Environmental Value (French Environmental Label) started its organic conversion in 2016.

Un Cahors wine is first of all a red wine holding the first ranks in the wine history of the South-West. At Gaudou Castle a place is preserved for the vinifications and the maturing which perpetuate the classic profiles of the appellation. Inventory a Château de Gaudou "Tradition", or the vintages Great Lineage ou Renaissance each from vines located on the third terrace. These wines bear witness to the know-how of the Durou family and echo the living memory of the estate. Fabrice Durou's signature with the series is superimposed on this representative range of traditional Cahors. The Millennia. This is about Cahors wines embroidered with finesse over the plot singularities. They are the perfect ambassadors of the renewal initiated within the appellation which has led the Cahors winegrowers to refocus their wines on the revelation of the expressive extent of Malbec. The variation of the labels is enough to capture its spirit: Fawn Caillau, White Pebble, Chemin d'Orgueil, Rey Road, Gaudou path. It is of course a whole topography which takes shape there and of which each wine of the collection comes to reveal the specificities of the plot. When tasting, the experience is as convincing as it is fascinating. It offers itself as a crossing of the terroir where the Malbec captures every finesse and every complexity inherent in the soil in which it has taken root.

The Blood of my Earth

Among the other original cuvées of the Chateau Gaudou, there is a plot selection of the great terroirs of the estate created in 2013. This cuvée entitled The Blood of my Earth is the result of a duo between the winegrower Fabrice Durou and the writer Jean-Pierre Alaux, author of the series The Blood of the Vine. 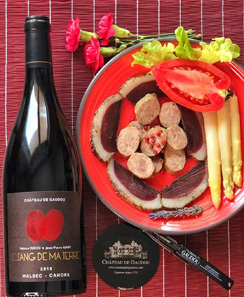 A response to “Château de Gaudou”