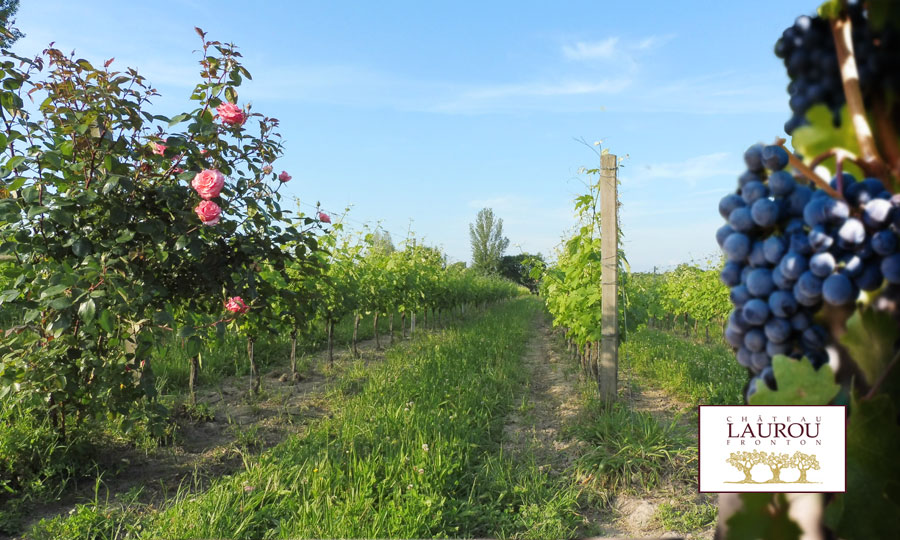 Labeled Vineyards & Discoveries since 2019, Chateau Laurou stands out as one of the major areas of Fronton labeled organic. Another distinction and not the least: Guy Salmona who has been at the head of the estate since 1997 has been ranked "best winegrower in the Frontonborn 2018”.

With guy salmona begins the story of the profession of winegrower. Because the vine had not yet entered his life at forty. At that age he was still working as an executive in a large computer engineering company. It was when the forty-two years struck that the call of the vineyard was definitively imposed. The vocation was so obvious that guy salmona without hesitation embarked on the revolution of his life. This began in Burgundy with intensive training in Viticulture and Oenology. Engaged on this course, he acquired the fundamental knowledge of the vine and wine trades. The conquest of the title of winegrower is then very fast. After having prospected in the vineyards of the southwest near the appellations of Cahors, Bergerac or Gaillac, it is at Fronton that fate fixes with the acquisition of the Chateau Laurou.

The windfall wanted that Chateau Laurou presented herself as a sleeping beauty. The situation was ideal to initiate an awakening of the property which would take the scale of a rebirth. Driven by the strength of enthusiasm and the taste for entrepreneurial adventure, guy salmona began in 1997 the investments which today make the reputation of the domain. Notoriety that he was able to sit on this demanding work and patience inherent in the vegetative cycles of the vineyards which impose to be in chorus with the laws of the soil and the meteorological variations. Very committed to the appellation of which he was once the president, receptive to the experience of local winegrowers, he quickly took the path of a highly qualitative project. Labeling in organic viticulture is one of the priorities of the winemaker who obtained the classification in 2013. Because Chateau Laurou was built from the start on the affirmation of a personality who sums up his project as a motto: " we make the wines we love ».

The wines of Chateau Laurou affirm themselves as " real wines from Fronton ". They express its singular character: marked complexity, spicy and floral bouquet, flavors with accents of black fruits opening on a liquorice finish. On this score of character which establishes the structural bias of each cuvée, the Négrette shows here that it knows how to play with all harmonies. With Chateau Laurou Tradition, the entry into the range is inaugurated by the trio Négrette, Syrah and Carbernet Franc, tuned to the right harmony. Then, playing on the subtle duo blend, the cuvée The Accomplices creates a dialogue between Négrette and Syrah in an expression full of resonance. Then comes this Fronton of the purest character with Insider Trading where the Négrette deploys solo. Because guy salmona is based on this line of conduct where the master grape of the appellation must give itself with the optimal intensity of its varietal aromas. The setting requirement therefore excludes any breeding in contact with wood. This sincerity of wine of Fronton is found in the cuvée Rosé, second color of the appellation after red, where the Négrette also knows how to capture its best amplitudes. All this organic, offering a concert of fleshy and round wines, very pleasant to drink.

The Laurou estate, its rosé and red wines by Guy Salmona