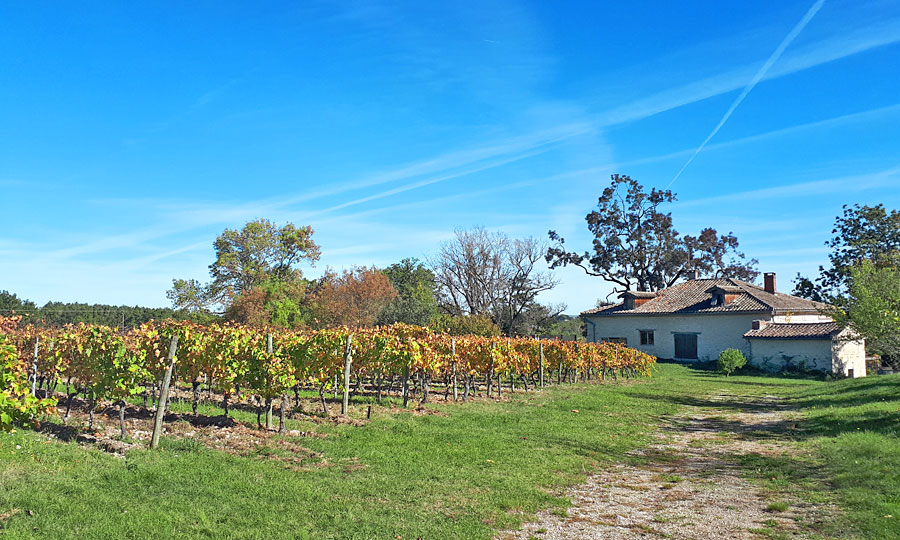 Patrice Lescarret was born in Bordeaux, grew up in Bordeaux and still sets sail in Bordeaux. But talking to him about Bordeaux is in vain. He doesn't care about the label: let's talk about wine instead. Because at Causse Marines we are not only a winegrower: we first make wine, Gaillac wine.

Wine without upside down

To produce wine, everything had to be turned over. Not only the land, but also the way of thinking about wine, of naming the wine. It was necessary to plow broadly, to break the established order of words and names. Just to make wine worthy of the table. With Mauzac we made Zacmau, with Duras we produced Rasdu. We understand that the standard is not law here. The only law in Causse Marines is that of the vine and the wine. In a world where chemistry is not working well, it is a question of overturning the order of the world as the established order of words. From this reversal was born wine, or rather resuscitated wine. Because he slept there, in the old vines restored by mass selection. It just lacked the gesture, patience and intelligence of the winegrower to awaken the taste of wine. Root after leaf, leaf after flower, flower after fruit.

Ecce Terra, and so on

Au Causse Marines, in the cellar, the wine rises almost alone, with the fruitful alliance of indigenous yeasts. We watch over the tanks as in a maternity ward, we watch over the incubators. We respect the wine, we don't rush it. We listen to the song of the vines, that of Ondenc, of Petit Manseng, and of all the grape brothers and sisters who sing in the vats. We don't stick, we don't necessarily filter, we don't chaptalize. We listen to the wine. And at the end of the day we get the fruit of the metamorphosis: the Syrah cuvée mutates into 7 Mouse, while the one who flowed the bubble awakens to the fate of Stiff Bubbles. And if you haven't understood anything about this wine story, it's because you can't read labels: the Causse Marines badgers are prohibited. Does that shock you? too bad for you ! With Patrice Lescarret, it is Always breaks, no frills and just wine like Presqu'ambulles. For the rest : mystery...

Causse Marines wines can be tasted at Restaurant Vine in Crowd, in Gaillac