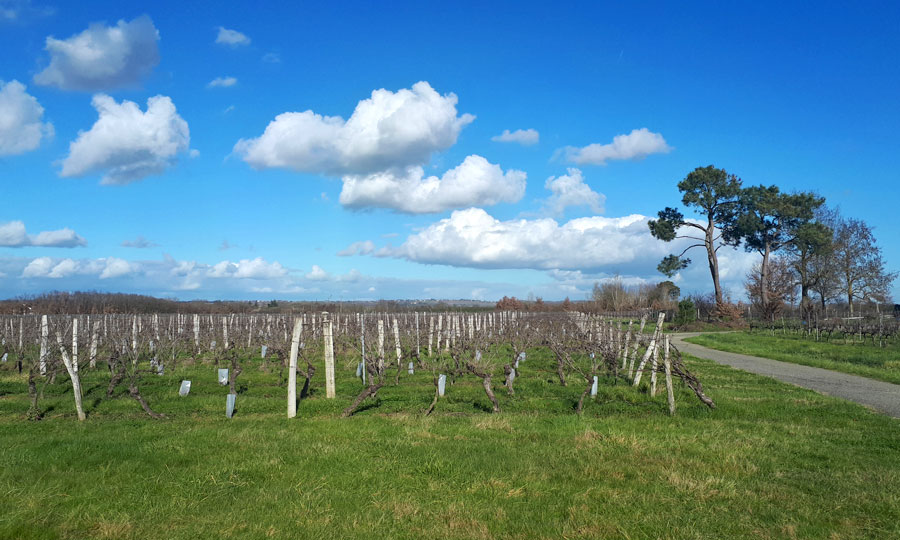 On the vineyard Fronton, Fabien Cardetti leads with energy and passion the destiny of Domaine de Lescure. Taking care of 24 hectares of vines, 10 hectares of cereals and 12,5 hectares of hazelnut trees, he traces a path full of promise.

To an air of Italy

Le Domaine de Lescure is run by the family Cardetti for three generations. Coming from Italy, also a country of wine culture, the first generation settled on the vineyard Fronton in 1923. At that time polyculture was a tradition on the land. As for wine production, it followed the circuit of traders. When Fabien Cardetti took over the reins of the estate in 2008, a new era dawned. The quest and the notoriety of a brand image imposing itself, he begins to produce the first labeled bottles Domaine de Lescure. Then he associates the cultivation of the vine with that of hazelnuts, which has today become an element of the family estate. Recently labeled High Environmental Value (French Environmental Label), operations are now approaching cruising speed.

Fabien Cardetti has before him the whole future of his youth. No wonder he chose the hourglass figure as his brand image. Domaine de Lescure. Each of the vintages produced in accordance with the traditions ofdesignation Fronton indeed bears a name which has a connection with the notion of time. Between the spontaneity sought in Present time and the patience that calls for In the future, it is easy to sense that the winegrower knows how to juggle with duration. However, mastering this quality is surely the first guarantee for a talent to assert itself when it is subjected to the seasonal rhythm of the vines and the slow work of the cellar. If we add to this the gourmet outlets for the production of hazelnuts, we can clearly see that there is an obviously promising style and manner in play here. With Fabien Cardetti a new ambition and a new style are emerging in the vineyards of Fronton.

The expression of the fruit

At the tasting, the wines of Domaine de Lescure confirm the trust placed in time while showing a real personality. On this land where the Négrette models the specificity of each wine, Fabien Cardetti takes a clear position: that of working this capricious grape variety in its purest expression. Because the wines of Domaine de Lescure seek in the first place an aromatic sincerity, making the aging in vats the heart of the work in the cellar. It is between a Relaxing… from a 100% Sauvignon in full burst of freshness and a In the future… which bursts with a 100% Négrette that is measured by this taste for the spontaneity of the fruit nuanced by the expressiveness of the soil. But temperance, which also requires taming duration, is by no means forgotten: it is appreciated with a Like before…, built on a 70% Négrette, 15% Cabernet franc and 15% Syrah aged in barrels of 1, 2 and 3 wines. Between the unveiling in the moment and the work of patience, there are other white wines, red wines or rosé wines, perfectly adjusted to the expressive signatures that characterize the Domaine de Lescure.

The vineyard of Fronton derives its specificity
of an indigenous grape variety: Négrette.