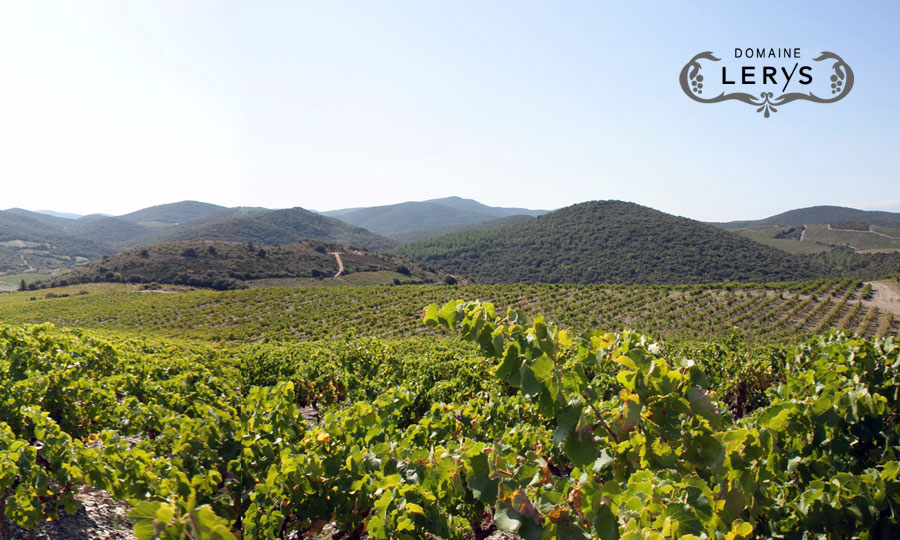 À Villeneuve-les-Corbieres, in the heart ofPDO Fitou border of theAOP Corbieres, Alban and Anaïs Izard exploit the Domaine Lerys of which they ensure the heritage as the eighth generation of winegrowers.

Who says Fitou first speaks of one of the oldest AOP of Languedoc recognized since 1948. Its singularity is that it is split into two terroirs, one on the seafront around Leucate, the other in the highlands bordering on the Corbieres. Domaine Lerys is located in the Top Fitou which is characterized by its Carignan and Grenache vines, the oldest of which date back to 1905. The highest plots of the domain culminate at 238 m, a situation which gives this vineyard under Mediterranean influence a potential for freshness that distinguishes it from Fitou on the seafront. Established on a predominantly schist terroir, the wines are endowed with a characteristic mineral potential. And if they draw their specific profiles from the quality of their soils, they also convey the strength of a hilly landscape, where the layers of vines run towards the horizon of the Pyrenees which plunge into the Mediterranean.

Au Domaine Lerys viticulture has been a family tradition for eight generations. After the war, when the economy called for collective solidarity, the family Izard was one of the cooperators. The first vintage bearing the domain's own signature dates from 1993. At that time, the family vineyard consisted of around thirty hectares, today brought to nearly sixty. Under the beneficial influence of the Mediterranean climate, where the regular presence of the wind and the low rainfall favor the natural robustness of the vines, the Domaine Lerys has been converting to organic since 2017. The approach promotes an ancestral vineyard whose average age of plantations hovers around fifty years. In the land of Fitou, the old Carignan and Grenache form the identity of the appellation and are commonly used alongside Syrah and Mourvèdre. They produce wines with well-structured profiles of which the Izard family strives to perpetuate the example.

Wines rooted in the terroir

In the cellar of Domaine Lerys, the parent rock crosses the walls. This shows how much the mineral power of soils is a dominant characteristic of Top Fitou. This strength is transmitted to the wines produced there in the purest exemplary nature of the appellation. It is based primarily on the length of aging which requires waiting until May following the harvest. Because the framework of these wines with dominant notes of black fruits and scents of garrigue is embroidered with a patience that works on the finesse of the tannins. The cuvée Tradition, assembling Carignan and Grenache, is the purest expression. Then when a touch of Syrah complicates the blend, they generate the cuvée Premium. When the old vines of Carignan are in the spotlight, the lasting marriage with Syrah is extended by a barrel aging of eighteen months which gives substance to the cuvée. Fustat. As for the deans of the Carignans, some of whom are over a hundred years old, they concentrate in the cuvée Belor, where their virtue unfolds after a nine-month vatting under marc followed by six months in barrels. If the Fitou are the exemplary production of Domaine Lerys, Corbières wines also respond present in red and white, as well as the Rivesaltes and Muscat de Rivesaltes, inseparable from this great Languedoc terroir.

The wines of Domaine Lérys, by Alban Izard