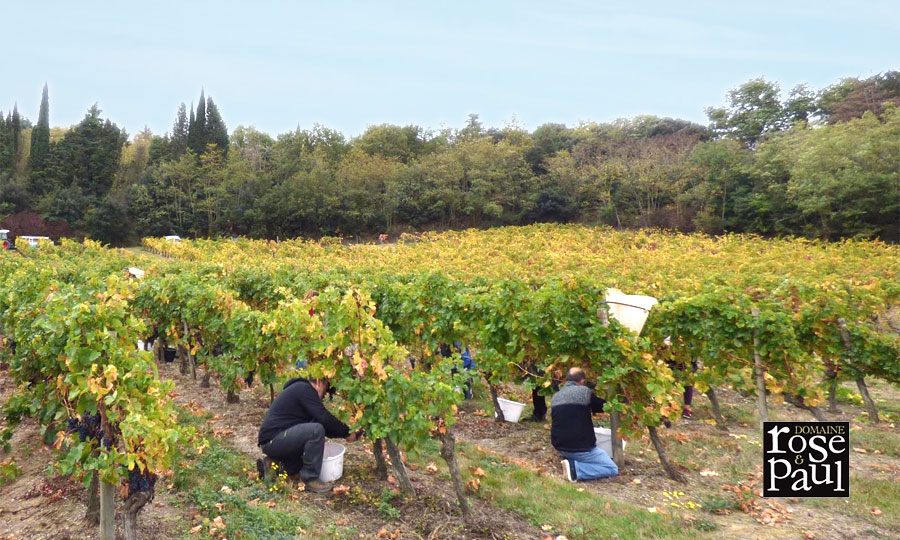 Le Domaine Rose & Paul, established on thePDO Malepère, is a family wine heritage rich in know-how transmitted and enriched over six generations of winegrowers and winegrowers.

A family from La Malepère

Le Domaine Rose & Paul is established on the land of the Malepere in Arzens. In this small village surrounded by circulade all around the central church, the family home dates from 1750. From that time were inherited six hectares of vines from which the current wine estate has grown. Maintained and developed over generations, the estate now covers nearly a hundred hectares. The oldest vines, where there are Grenache, Merlot and Chardonnay, testify to the constancy granted to the terroir. The domain name itself perpetuates the memory of the great-grandparents, Rose and Paul. It is in the path traced by them that Gerard Foussat, their son, had undertaken to enrich the grape varieties under the impetus of the cooperative development. In the following generation, the management of the estate, which had become independent, fell to Gilles Foussat, who currently holds the presidency of the Malepère union. He is assisted by the latest generation of his children: Clement Foussat who watches over the vines and Camille Foussat who ensures commercial coordination.

A wine region of interest

Le Domaine Rose & Paul alone embodies a piece of viticulture history in Malepère. It holds part of its memory and contributes to the gradual growth of this young Languedoc appellation, which was recognized in 2007. Sculpted by the folds of the Pyrenean foothills, thePDO Malepère is divided into four terroirs. The one on which the vineyard of the Domaine Rose & Paul and the land of Carcassonne. The vines are rooted there on old terraces whose horizon to the north is cut by the Montagne Noire, while to the south it borders the neighboring terroir of Limoux. At the crossroads of Mediterranean and oceanic influences, enjoying in Arzens an altitude maintaining a suitable freshness, the vineyard offers remarkable conditions for producing wines of great interest. These take advantage of a grape variety adapted to the dual oceanic and Mediterranean influence. Thus, for the red grape varieties, Merlot, Cabernets and Malbec cohabit with Grenaches. For white grape varieties, Chardonnay reigns supreme.

A distinctive feature of Domaine Rose & Paul is its attachment to parcel vinification. Because the terroir of La Malepère, all in relief modeled on the commune of Arzens, is conducive to communicating geological singularities to the vine. Thus, certain cuvées base their personalities on the imprint that the terroir instills in the expression of the grape varieties. The toponymy of the plots itself announces the potential for nuances: The Viala, Saint Marcel, Curds, Roudel, etc The expressive palettes they induce are particularly valued in the estate's signature cuvées. In red wine, on a blend of typical Malepère grape varieties, it is the Roudel which gives its name to a cuvée aged 6 months in oak barrels and which combines Merlot, Cabernet Franc and Grenache. In white wine, outside the Malepère appellation, it is the Viala which gives its name to a 100% Chardonnay cuvée, a grape variety which finds here a beautiful expressive amplitude on a south-facing sandstone and limestone hillside. Faithful to the literal valuation of the terroir, the Domaine Rose & Paul is also committed to the vinification of a red wine and a rosé wine labeled with ease AOC Malepere. They stand side by side in the window with a few single-varietal cuvées taking advantage of the great potential of this terroir articulated between two climates: in red wine, a 100% Malbec ; in white wine 100% Chardonnay. Finally, in terms of the vernacular appellations of Languedoc, a rosé wine stands out in Coasts of Prouilhe, vinified in 100% Cabernet Sauvignon.