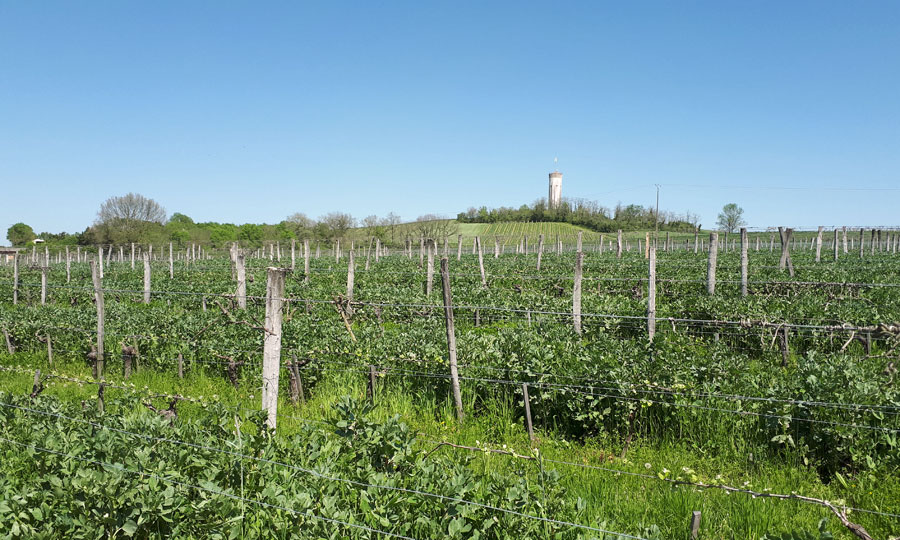 Le Domaine Seailles is established in Mouchan, in the Gers. As of tradition in Cotes de Gascony, Armagnac and wines with aromatic signatures typical of the appellation form the heart of its production. With a notorious singularity: that of an entirely organic production.

The rise of Domaine Seailles began in the course of the 90s. Acquired at that time by Roger Laberenne, its surface area was limited to 8 hectares dedicated to the production of Armagnac. Over time the vines have expanded and diversified. They now occupy 25 hectares where grape varieties coexist well suited to the vinification of white wines and red wines. If Jean Laberenne has now succeeded his father Roger, he has also associated himself with the skills of Julien franclet which imprints its style on the whole production since 2009. Major works testify to the dynamism of the Domaine Seailles : the almost completed new cellar will soon be completed by the tasting cellar and the new offices.

Vinification guided by the terroir

Au Domaine Seailles, the care of the vines is at the heart of the action. Located on the hillsides, benefiting from a south / southwest exposure, the vineyard certified organic since 2002 is distinguished by its vegetal richness. Between the rows of vines, faba beans, vetches and triticale protect and enrich the soil. They contribute to the fertility of grape varieties which are available in white ugni forArmagnac, Merlot et carbernet for red wines, small and big Mansengs and Sauvignon Blanc and Gris for white wines. Their selection was determined by the quality of the soils of this region of the Ténarèze where clay-limestone substrates and some boulbènes dominate. The structured potential that these soils impart to the grapes led Julien Franclet to favor gentle vinification. Maturing in concrete vats plays a decisive role, even taking over from the barrel to mature certain high-end vintages.

A range with melodic accents

The expression of wines and Armagnacs from Domaine Seailles is quite clear and well structured. For the Armagnac, priority is given to the vintage rather than to the blend. The choice is particularly demonstrative at the tasting. We travel there in an aromatic memory that unfolds from the oldest vintage dating from 1972 to those resulting from organic conversion dating back to 2002. White wines and red wines coexist in three ranges. The collection Kubik, produced outside the appellation, announces a fruity and pleasant style, particularly marked in the 100% Merlot red wine. Then the move upmarket becomes clearer with the cuvée Presto, which roundly seeks the aromatic signatures typical of Cotes de Gascony. We appreciate here the work of the winegrower where punching down and aging in concrete vats perfectly regulates the structured accents induced by the terroir. The demonstration that Gascony can produce excellent organic wines is essential with the cuvée Orpheus. The musical connotation dear to Jean Laberenne finds perfect expression in this wine nicely crafted by a first 12-month aging in barrels followed by a period of improvement for 24 months in concrete vats.