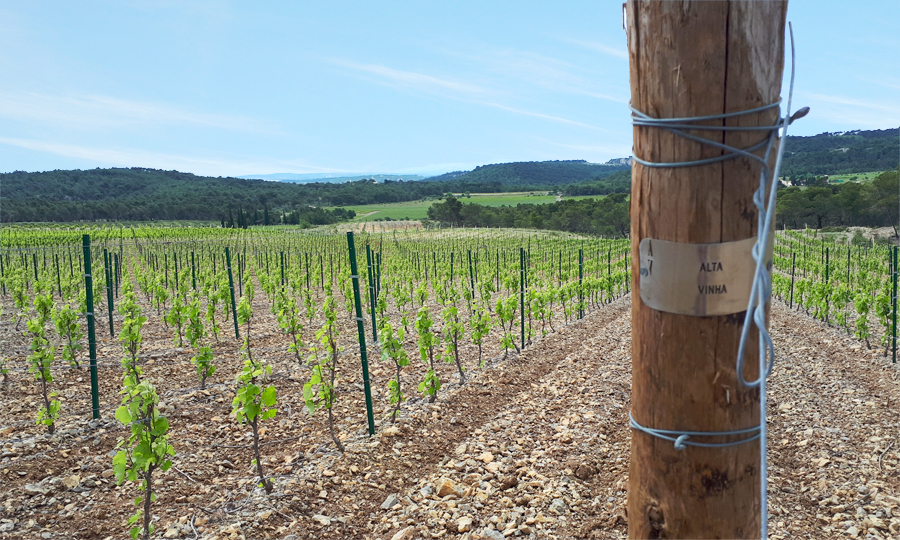 Home \ Winegrowers of La Clape \ The Cave of Gruissan

A convergence of names

La Cave of Gruissan is a showcase on the outskirts of the historic village whose typical silhouette is dominated by the Barbarossa tower. The cellars and the sales area are established near the pond, on the Corderie Blvd.. The address is well known and very popular. The quality of the wines and the service make it famous. The director, Frederic Vrinat, coordinates a production zone of around 400 hectares which encompasses two appellations: Corbieres et La Clape. This exceptional situation commits for the Cave of Gruissan rational management of vinification and aging. The pragmatic organization of the cellars, judiciously planned by its director, makes it possible to offer a range of wines that is both broad and well-balanced. This reconciles the typicality of Corbières wines, specifics of Crus of La Clape and variety of wines from Aude and Languedoc.

Alta Vinha and the wines of La Clape

La Cave of Gruissan manages 30 hectares of vines on the site of La Clape. Of insular origin, this terroir exalts Mediterranean characteristics to give substance to high quality wines. The cooperative is piloting a participatory project where the call for patronage has made it possible to create the plot Alta Vinha. Located on one of the highest points of the massif, this 10 hectare vineyard flourishes on a soil extremely favorable to the production of a logically named white wine. La Clape. There dominates Bourboulenc, a distinctive grape variety of the appellation, whose discreet citrus and floral aromas combine with the freshness and bouquets of Vermentino. In the same vintage and under the same name La Clape, but in red wine version, we will find at La Cave of Gruissan a first cuvée demonstrating the qualities that the terroir can confer on a Mourvèdre associated with Grenache and Carignan. Then in an expression of longer aging presents the cuvée Grussius, where Syrah, Grenache and Mourvèdre blossom in complexity after aging in oak barrels. Finally, starting from the 2016 and 2017 vintages, the cuvée Alta Vinha has completed the range of La Clape wines under an exceptional label.

by Frédéric Vrinat, director of the Cave of Gruissan

Wines from Corbières and Languedoc

La Cave of Gruissan was historically associated with the appellation Languedoc and more specifically to Corbieres. The vines in production under this PDO represent 150 hectares. This cooperative potential opens up a well-developed range of Corbières wines. Red wines, white wines and rosé wines are on the menu, drawing their nuances from the variety of terroirs and the blending of grape varieties. While entry-level wines meet the demand of a clientele with long-standing Cave of Gruissan, the cooperative regularly evolves towards qualitative creations. Among these we can count the Grand Cru Selection of the Island, or The Pujots, available in three colors, including the reds aged in barrels after carbonic maceration. The cooperative resource allowing an evolutionary flexibility, La Cave de Gruissan also revisits the old grape varieties since 2012 with the cuvées The senses of the Garrigue made from Marselan, Alicante or Carignan. Finally, still in the same range, the year 2017 marks the release of the first organic wine in 100% Syrah.

The Corbières appellation at the Cave de Gruissan

With The Pujots, the Cave de Gruissan offers a signature Corbieres of good quality control.

A interview with Frédéric Vrinat, director of the Cave de Gruissan on the site ofAOP Corbieres.

The Cave of Gruissan