Among the sparkling wines of the southwest, the Mauzac ancestral method produced in the Gaillac appellation testifies to a know-how inherited from the oldest wine-growing traditions of Occitania..

In the vineyards of the south-west, each terroir conceals these peculiarities of grape varieties which determine the specific character of an appellation. The region of Gaillac is certainly the most demonstrative example because the vines contain several indigenous species. The Mauzac holds a very unique place there. Mainly known in white color, the family also includes a Mauzac rosé resulting from a natural mutation. In a conservatory spirit, we find at Domaine Plageoles an even broader genealogy where green, golden or black variants coexist. This shows the vitality and rich heritage of Mauzac in the Gaillac vineyards.

Without derogating from its diversity, Mauzac is expressed in the majority white color in theGaillac appellation. Its presence results in the production of a typical and sparkling wine: the Mauzac ancestral method. This is of course a sparkling wine whose production differs from the Champagne method in the sense that it uses the traditional technique of fermentation in the bottle, without the addition of sugar. It is the residual sugars preserved in the initial fermentation and associated with the yeasts captured in the wine that will cause a second fermentation once these first juices are bottled. The bubbles then form there under the pressure of the captured gas.

A sparkle of fruit

Wrapped by its robe of light bubbles, the bouquet of Mauzac is distinguished at first evocations by its aromas of apple or pear. Wine is necessarily a wine of the year with a character full of freshness. Produced in nuances that oscillate between brut and semi-dry, this dominant nose develops other underlying complexities according to the know-how of each domain and the determinism of each terroir. But one thing is obvious: The Mauzac ancestral method, resulting from a wine-making technique that is also called and par excellence Gaillac method, accompanies the local tradition with a very nice festive accent. Companion for small and large occasions, as comfortable with a dessert as with a tasting of cheese, the Mauzac ancestral method is the wine of all the festive traditions on theAOP Gaillac. 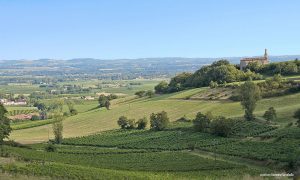 On the Gaillac vineyard, the Domaine Sarrabelle vines thrive on exceptional soils. The vinifications are particularly ...
Read more… 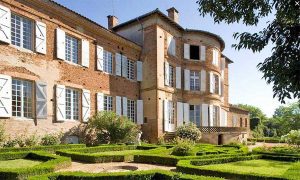 In the Gaillac vineyard, Château Lastours covers fifty-five hectares of vines, fifty of which are in full production. Doing honor ...
Read more…