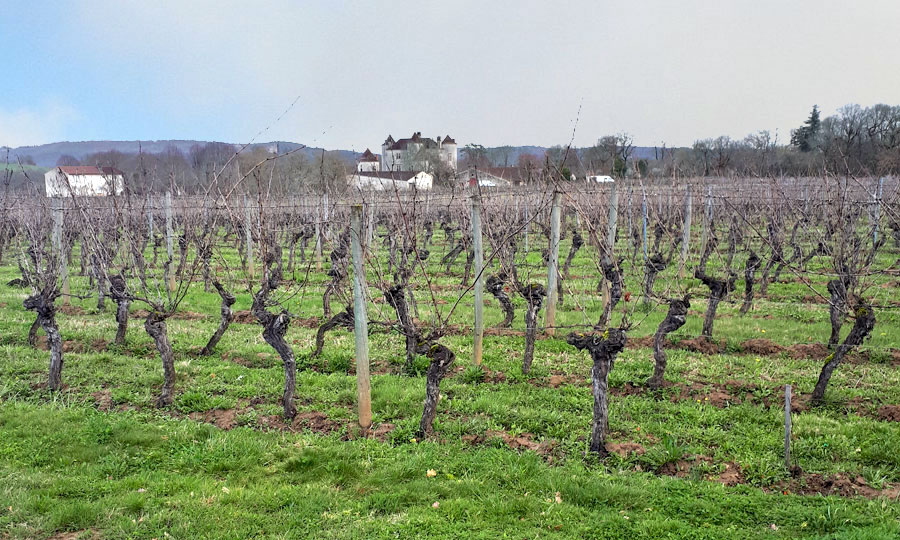 If on the Cahors vineyard Lo Domeni should be classified among the small surface areas, the wines produced there by Pierre Pradel are particularly demonstrative of all the nuances which make up the potential richness of the Malbec grape variety.

The advent of the cellar

Lo Domeni has 7 hectares of vines cultivated in organic conversion. Since 2004, Pierre Pradel has been at the head of this family estate. Previously his father was manager of Château Lagrézette whose silhouette dominates the horizon of the vineyard. The harvest at that time was not vinified at the property. It was not until 2006 that the vinification was now carried out in the Lo Domeni cellar. Pierre Pradel's high standards, his taste for the sincere expression of Cahors wine, have led him to produce vintages that demonstrate the resources of the Malbec grape variety.

The sincerity of the vine

In Lo Domeni, the spirit of winemaking is not in the blending. The vines are planted with 100% Malbec. No concession is made to arranged marriages: the wines of Pierre Pradel speak pure Cahors. His desire to establish his wines in a register of great sincerity led him to two determined acts: first to subscribe to an organic approach whose label is announced for 2019, then to vinify only from indigenous yeasts. . A logical consequence follows from his approach: the nuances of his cuvées exploit the plot selections and vinifications seeking full respect for the fruit.

The truth in wine

In a vinification entirely devoted to the Malbec grape variety, it is both the quality of each vineyard plot and the work it engenders in the cellar that contribute to the expressive variations of Malbec. As for authenticity, the use of indigenous yeasts in fermentation guarantees it. The cuvée The closed opens the first chapter of Pierre Pradel's style. From the youngest vines, worked in delicate pumping-over, it is an opening on the natural qualities of Malbec, well fixed on the fruit. The Vendemia, more sophisticated, calls first for manual harvests. It is then vinified in oak casks and worked by manual punching down, in longer fermentations. The final cuvée will result from a blend resulting from a second phase of vinification divided between barrels and cement vats. The wine reveals itself under denser aromas and melted tannins. The V to finish is the most demonstrative cuvée of Lo Domeni. Worked in punching down and manual pumping over, aged in barrels, it gives the Malbec its structural strength which reconciles the density of the fruit with the controlled base of tannins.

The Cahors vineyard draws its specificity
of a native grape variety from the South-West: Malbec, more commonly called Côt in the appellation.