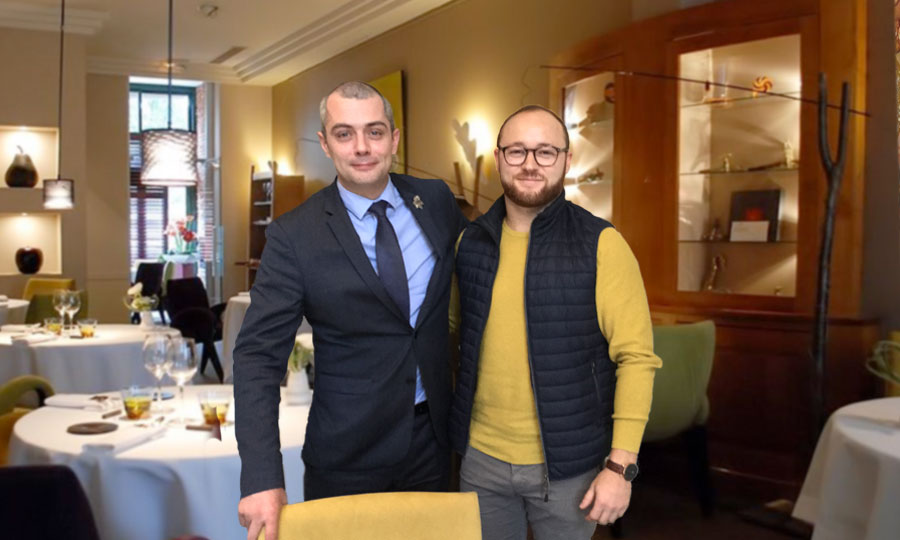 How do the wines of Occitania look at two sommeliers officiating for two starred houses? When we interview Pierre Colin working at Michel Sarran and Paul-Louis Coudoumié who worked at the Merville table then the Sept a few answers shed some light.

If the winegrowers are necessarily anchored to a terroir and by geographical reason to an appellation, the sommelier approaches the subject rather through the nature of the wine. The spirit that asserts itself in the foreground could be translated into a question: what type of wine is each terroir able to magnify? The answer quickly shakes up a priori and tradition when Pierre Colin argues that " Roussillon is a great land of whites ". Because what the sommelier is going to seek is fundamentally based on qualitative objectivity: balance, substance, freshness. This immediately establishes the terroir of the Occitanie region as a place of exploratory quest where research focuses on the exceptional character of a domain or a winegrower rather than on the reputation of an appellation.

The wines of Occitanie have the particularity of being multiple in several ways: by the diversity of terroirs, climates, grape varieties, know-how. In addition, the creative freedom of winegrowers very often rests on the production of cuvées freed from the constraints imposed by the specifications of an appellation. We will not be surprised then that Occitanie wines be approached by the sommeliers of the great houses without focusing on the PDO or IGP. The trail of investigations in search of the exception then emerges more precisely. It is oriented towards these Occitan winegrowers who are much more committed to experience and research, than to strict compliance with standards establishing the tradition of a terroir. The virtuous approach, respectful of the environment is at the forefront. Not by simple ecological ethics, but also by the qualitative truth that it confers on the wine and the sincere expression of its land.

An anthology of small estates

The points of view that Pierre Colin and Paul-Louis Coudoumié bring to the wines of Occitanie appear to be convergent. When they cite their references, one thing is obvious: they are mostly small farms where the vines are cultivated with care and the wine aged with precision. Often labeled organic or biodynamic, these wine estates are generally run by creative winegrowers and strongly committed to environmental respect. The wine-growing regions mentioned are preferably oriented to the south-east. We find there the terroirs of Terraces of Larzac, Faugères, Saint-Chinian. Roussillon also of course, the land of predilection for small plots with strong characteristics. When the gaze turns to the southwest, the names of Cahors, Fronton ou Gaillac detach. The qualitative choice is still made here on virtuous wine-growing approaches, often accompanied by a sincere, expressive, balanced wine production, always worked as close as possible to the qualities evocative of the terroirs and their favorite grape varieties.

Some links relating to Pierre Colin and Paul-Louis Coudoumié