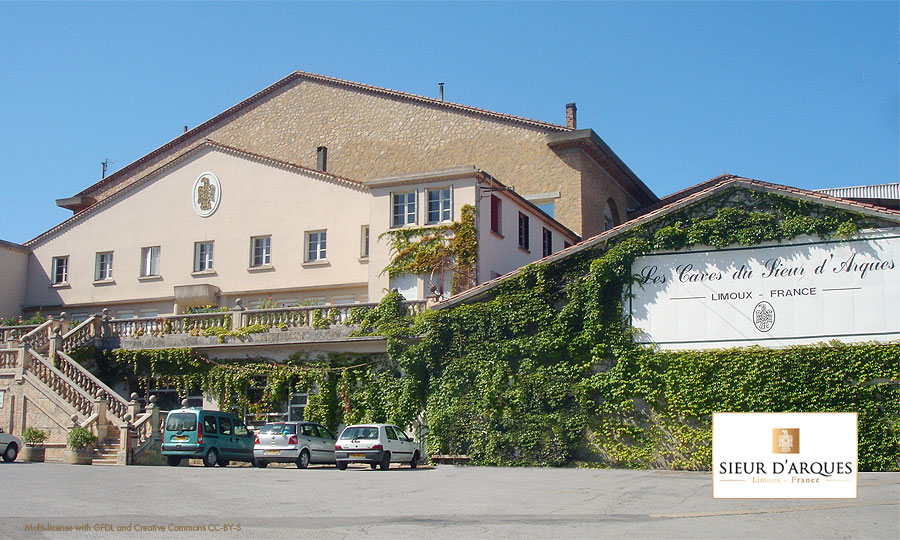 The name of Sieur d'Arques, inherited from the XNUMXthe century, recalls that Limoux is a wine-growing land deeply rooted in the history of Languedoc. Founded in 1946, the cooperative is certainly the greatest ambassador of a unique appellation in Languedoc for its still and sparkling wines.

A great land of whites

The vineyards of Sieur d'Arques extend over 1570 hectares. They are spread over the entire territory of Limoux, one of the most western appellations of Languedoc. Here, Mediterranean influences combine with oceanic influences. This unique climate is accompanied by an arrangement in the Pyrenean foothills where the vines are invited to the highest slopes of Occitania. Established in his heart, Sieur d'Arques exploits all the nuances of this wine-growing land structured in four terroirs: Mediterranean, Oceanic, Autan, Upper Valley. The dominant presence of white grape varieties is one of the major distinctions of the vineyard. Cradle of sparkling wines, the grape variety Mauzac forged its notoriety there with the famous Blanquette of Limoux. If the bubbles have been inseparable from Limoux since the XVIe century, the appellation has also revealed itself as a great terroir Chardonnay.

The stronghold of Chardonnays

In the land of Limoux, Chardonnays shape their character according to their location. The gradation of oceanic or Mediterranean influences combined with the reserves of freshness modulated by the reliefs, Limoux is an appellation particularly conducive to the nuanced expressions of this white grape variety. Drawing from the variety of geological veins, taking the mark of climatic variables, each Chardonnay takes on the signature of the terroir where it took root. In Sieur d'Arques they are appreciated under a distinctive mark: Toques and Bells. Four demonstrative cuvées are presented there in 100% Chardonnay. Each one expresses its distinct character under the literal title of its terroir of origin: Mediterranean, Oceanic, Upper valley et Autan. These cuvées of the range Toques and Bells offer a remarkable tasting experience of which only the appellation has exclusivity. Delicious challenge for the nose and the palate without equivalent to approach on the same soil all the complexities of a Chardonnay available in four expressions.

Limoux is the historic land of sparkling whites. The method is the result of a discovery which the monks ofAbbey of Saint Hilaire were the inventors in the XVIe century. Apart from the ancestral method which makes Blanquette of Limoux a protected designation of origin in itself, the Limoux Cremants are also in the game. In Sieur d'Arques they are even the object of an exemplary know-how which places them among the best vintages of their kind. The most expressive of the mastery of winegrowers, in its artistic visual as well as in its elaboration, is the First Premium Bubble. Composed of 70% Chardonnay, 20% Chenin and 10% Mauzac, then aged for 24 months in the cellar, it is par excellence an ambassador of the rules of the art perpetuated by Sieur d'Arques. From the same family, but pushed to the maximum of its expression by 48 months of aging, a Crémant de Limoux Extra Brut. The juices extracted from old vines selected on each of the four terroirs give it a freshness and liveliness that is fully demonstrative of this exceptional land.