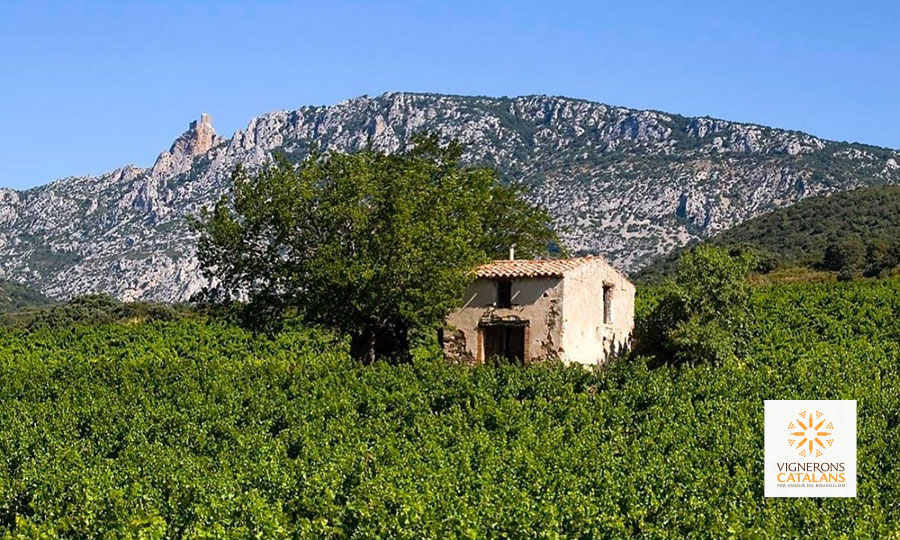 Born out of winegrower solidarity, the group Catalan winegrowers coordinates and distributes the wine production of the main Roussillon cellars, offering the region itself one of the most demonstrative showcases of the rich diversity of its wines.

Leaning against the last foothills of the Pyrenees, facing the Mediterranean, the Roussillon is the land of wine par excellence. All in nuances of terroirs and gradations of reliefs which form so many microclimates, the Catalan country offers a range of wines of an unsuspected richness. Expressing its density, making it a showcase is the primary vocation of Catalan winegrowers. Founded in 1964 by a handful of independent winegrowers, the structure, now reclassified as SICA, remains faithful to its initial impetus: to make known and recognize the Roussillon wines. Because the earth is complex and its production reveals many faces. Solar vineyard par excellence, Catalonia is first known for its Natural Sweet Wines: Banyuls, Maury, Rivesaltes, Muscat de Rivesaltes. The region is also distinguished by its dry wines, red in particular, but also remarkable white or rosé, whose Catalan winegrowers promote.

A land and grape varieties

Thanks to its cultural and geographical coherence, the Catalan vineyards stand out from all the Occitania vineyards by grape varieties of character: Grenaches gris, red or white, "king" grape varieties of Roussillon. But also Carignan, Mourvèdre, Syrah or even Muscats à Petits Grains and Alexandria. Density, voluptuousness and diversity of the terroirs sculpt the sunny character of Roussillon wines. Salinity or minerality are necessarily involved in the game, always nuanced by the variety of geological layers, the modulation of the reliefs and the nuanced incidence of maritime influences. If at first glance seem to dominate the wines produced in PGI Cotes Catalanes or AOP Côtes du Roussillon, a more subtle variation expresses the peculiarities of the terroir with the range of AOP Côtes du Roussillon Villages. From their specific characteristics, Catalan winegrowers are the first ambassadors, associated with the most dynamic cooperatives in the region such as Dom brial or Terrassous vineyards. The cultural convergence which presides over the regroupings is also a guarantee of a fully demonstrative expression of the richness and the authenticity of the terroir.

The showcase of Catalan winegrowers brings together all the variety of terroir wines resulting from the winegrower's cooperation. The emblematic cuvées of each denomination listed in Coasts of Roussillon Villages stand out in the foreground. Profound in their visuals and plural in their expressive amplitudes, the Great Terroir Wines come from Tautavel, The Tour de France, The Aspres, Lesquerde or even caramany. Also invoking the excellence of the vineyards is the wine family Icons. Red, white or rosé, they bring together cuvées whose names evoke the exception: äctä, Kaalys, Kar magna, Elevation, etc. From Occitania vineyards those of Roussillon are also the most conducive to supporting the development of organic viticulture. At the Catalan winegrowers, the collective dynamic has favored the emergence of organic wines without added sulphites. They converge from all the terroirs, bearing the name ofAgly organic, Gaia, etc. As for the vineyards of great tradition, they are revealed in each color in the singular range of Domains and Castles. The inventory would be incomplete without noting the presence of Treasures of Roussillon what form Natural Sweet Wines. One of the major scales is that of Haute Coutume amber Rivesaltes, vintages of 10 years in 10 years, starting with the year 1966. Without forgetting the offer bringing together the Banyuls Grand Cru, Maury, and Muscat. In Roussillon, if there is a demonstrative showcase of the richness and density of the wine-growing region, that of Catalan winegrowers imposes itself in the foreground.