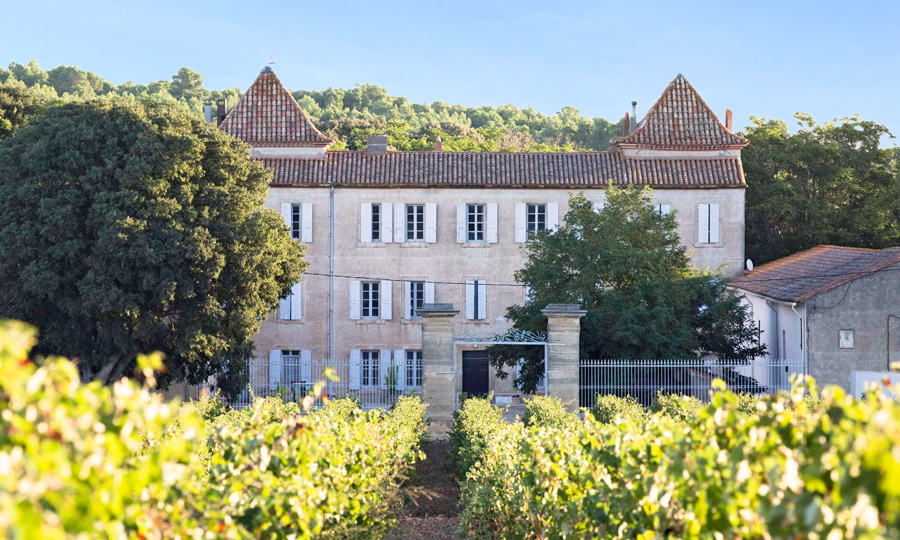 The Woillemont vineyards perpetuate the name of a historic family from La Clape vineyard whose wines are available in two domains: the Château de Marmorières and the Commanderie de Saint Pierre la Garrigue.

The Woillemont vineyards have played a historic role in the recognition of La Clape vintage. It all started in 1826 when the Marquis Barthélémi François de Raymond acquired the Château de Marmorières. Eight generations later, this XVII style buildinge remains the cradle of the family. Throughout this lineage, the fifth generation was decisive in the identity of the vineyard. It was in fact in the fifties that Countess Marie-Louise de Woillemont, first president and founder of the appellation union, had the wines of La Clape recognized as cru. Today, the active generation represented by Jehan de Woillemont and Ombline de Saint-Exupéry has consolidated its roots in the vineyard by annexing to the historic stronghold another domain in full renaissance: the Commanderie de Saint Pierre la Garrigue. Now exploiting a potential with a strong identity and a broad spectrum of expression, Vignobles Woillemont has established itself as notorious ambassadors of the wines of La Clape.

It's on the website of Castle of Marmorières that are grouped together the family home, the cellars and the tasting cellar overlooking a barrel room. Opposite the buildings, the 43-hectare vineyard is extended by slopes of scrubland, woods and pine forests facing east. In height can be seen a chapel of the XIe which itself succeeded the Roman occupation. Families of peacocks, who have become emblems of the estate, roam freely between the rows of vines. The cuvée Peacocks pays homage to them, finding its translation in three colors. But on these rich and deep soils, it is Syrah that plays the reigns. It finds its first expression in the cuvée The almond trees where it combines with the structuring character of Grenache. It is also said with power in the cuvée Marquis of Raymond, where Grenache, Carignan and Mourvèdre bring their resources to an elegant wedding. In white with the same name, there is an equally expressive blend of the terroir through the alliance of Bourboulenc, Grenache blanc, Roussanne and Vermentino.

La Commandery of Saint Pierre la Garrigue offers qualities of terroir allowing to push towards its highest potential the matter of the wines of La Clape. In organic converson, the vines are spread out facing south over around sixty hectares overlooking the Mediterranean. Fauna and flora are found in diversity on this preserved territory where a mosaic of geological nuances combines with the aromatic palettes of the environment. The reds and whites achieve an expressive power there, well hailed by their listing in the W. This is the case with the cuvée La Clape Cru d'Exception, pushing Grenache and Syrah to their finest density for the reds, just as it combines in unison Bourboulenc, Grenache Blanc, Roussanne and Marsanne for the whites. Produced in limited series, the cuvée Grand Master crowns the collection, offering Syrah, Mourvèdre and Carignan the opportunity of a superb alliance. Outside the appellation, a cuvée Commandery of St Pierre la Garrigue rosé also offers great interest

In a more confidential and non-appellation register, the Woillemont vineyards also work on single-varietal vintages which explore the qualities and virtues of Small Syrah and Zinfandel.

The La Clape vineyard, rooted in the geological layers of an ancient island located at the gates of Narbonne, is the most Mediterranean in Languedoc.

Produced by the vineyards of Woillemont on a seafront terroir, the rosé from the Commanderie St Pierre la Garrigue is a pure expression of Mediterranean wines.