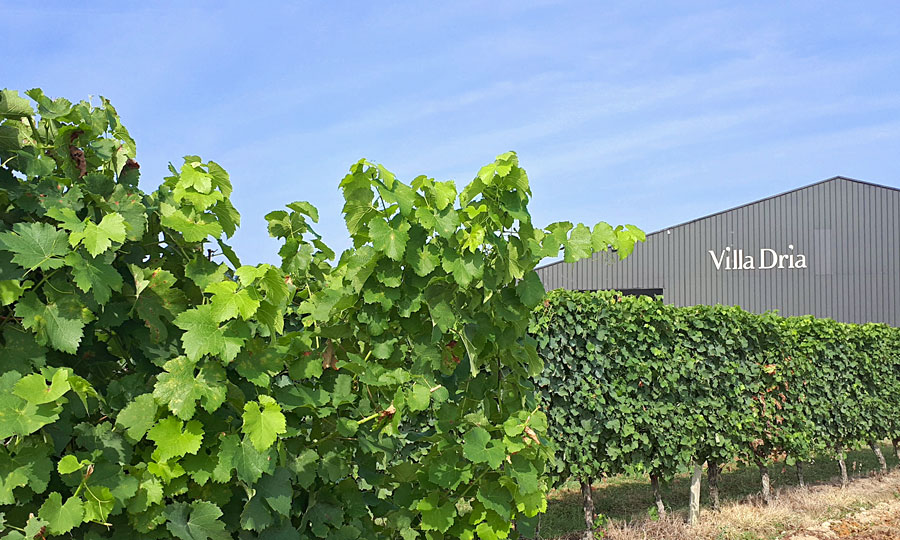 At Villa Dria, whose name recalls the ancient past of the Eauze region, Côtes de Gascogne wines are structured with the intelligence of the soil and the right expression of its geological potential.

Originally from Flanders, the Drieux family acquired Villa Dria in the 50s. On this hospitable land of the Gers, vines then occupied 20 hectares. In 1993, Jean-Pierre Drieux took over from his father, until then an Armagnac cooperator. The taste for nature, the attachment to a lifestyle punctuated by the seasons, were sovereign of his decision. From then on the vineyard took off to reach today 75 hectares. The year 2006 counts among all because it marked the decision to leave the cooperative regime to build the current cellar. This is how in 2010, Villa Dria vinified its first vintages. The whites, typical of the Côtes de Gascogne, hold pride of place. The position is clearly stated: to fix the cuvées on a nice balance between fruit and freshness. Because for Jean-Pierre Drieux, wine is above all an ambassador of the terroir, forged by geological powers.

For a man who listens to nature, protecting the environment is a priority. Villa Dria is one of the areas labeled High Environmental Quality. To this qualification, which guarantees a respectful relationship with the environment, is added a philosophy inspired by geobiology and biodynamics. Strengthening the natural resistance of the vines to disease, running a cellar built in a location favorable to the quality of the wine, are the main lines of Villa Dria. Taken with care, the vineyard thrives on soil of boulbènes and tawny sands. The local grape varieties are their business. Here grow Petit and Gros Mansengs, Colombard, then Sauvignon and Chardonnay. They mix with Merlot and Cabernet for a unique red cuvée. The earth itself, approached by its telluric forces, is found there determining the management of the vineyard and guarantor of the expressive richness of its fruits.

In Villa Dria, whose name inherits from the ancient wine-making of Eauze, the wine is first and foremost the story of a thousand-year-old terroir. Its history is written in two chapters announcing content: Gourmet Nature et Intense Nature. The first first expresses the expression full of the freshness of the fruit, in two white wines and a rosé. Wild side explores the fruity frankness of Colombard allied to Sauvignon. Fairy flower seeks the enchantment of a radiant rosé. Secret garden  reveals the smoothness of mellow Gros Manseng. Following this appetizer of the first fruits, the second chapter opens the pages of other powers. Tierra del Fuego plays with the warm alliance of Chardonnay and Gros Manseng. Treble Key, the only red from Villa Dria, captures the elegance of Merlot and Cabernet. Honeymoon illuminates from its deep sky the aromatic powers and the seductive sweetness of Petit Manseng. Obviously, there is a poetry in the wines of Jean-Pierre Drieux. It is written with the sap coming from the depths of the earth, drawn towards the great day by the deep and luminous passion of its land.