In Occitania, Madiran vines flourish on slopes that straddle the departments of Gers, Hautes-Pyrénées and Pyrénées Atlantiques. Also bordering on the Landes, the vineyard benefits from oceanic influences to the west and the proximity of the Pyrenees to the south. In this temperate configuration, the preferred grape variety of Madiran wines : le TannatIncluding Alain Brumont was one of the first ambassadors during the 70s. This tannic, well-structured wine with a scarlet red color is today aged with a know-how that has propelled it to the rank of the most famous in the southwest. Formerly intended to enrich the wines of Bordeaux, it has now acquired its letters of nobility enhanced by the temperance of its alliances with other grape varieties such as Cabernet Franc, Cabernet Sauvignon or Servadou iron that we also call Pinenc locally. During the harvest, the bunches must be destemmed. At least half of the Tannat itself is essential in the assembly of the wines. Local particularity: coexists on the same terroir another appellation: that of Pacherenc-du-Vic-Bilh. Close relative of the Jurançon area, it is distinguished by the production of dry, sweet or sweet white wines from particularly late harvests.

Where to find Madiran wines?

The young generation reinventing the profile of Madiran and Pacherenc-du-Vic-Bilh wines.

Estates and Châteaux in Madiran

Before becoming the names of great estates, Château Bouscassé and Château Montus are the work of a single man: Alain Brumont ...
Read more 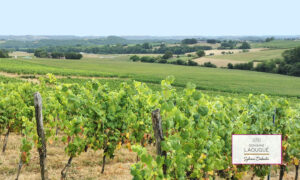 At Domaine Laougué located in Viella in the Gers, Sylvain Dabadie produces wines from Madiran and Pacherenc-du-Vic-Bilh in ...
Read more 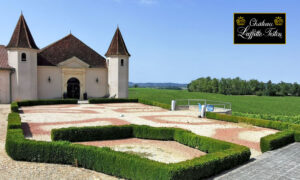 Château Laffitte Teston ranks among the leading domains within the Madiran and Pacherenc-du-Vic-Bilh appellations. This domain ...
Read more 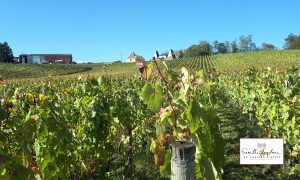 At Château d'Aydie en Madiran, the wines are built and claimed as a signature steeped in history and know-how: ...
Read more 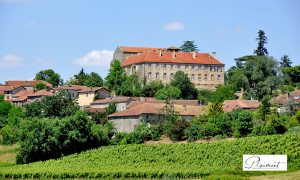 Restoration of native grape varieties, emblematic cuvées of the southwest, exceptional wine tourism heritage are all reasons that make Plaimont a ...
Read more 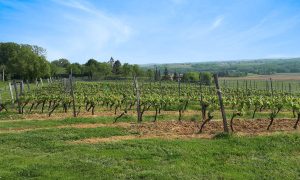 In Viella, in the Madiran vineyard, the Château du Pouey enjoys one of the most favorable terroir. Bastien Lannusse, young ...
Read more

Get to know the Madiran vineyard better

Geology of the vineyard

Le Madiran vineyard which shares its terroir with that of Pacherenc-du-Vic-Bilh, is typically a Pyrenean piedmont vineyard. The Adour River, which borders the appellation to the east and north, has played a major role in the formation of geological strata. The tectonic thrusts associated with the work of the river have sculpted a landscape of hills on which moors and oak forests cohabit with the vines. In the plain there is a polyculture dominated by maize. The soils, resulting from sedimentary folding fed by the erosion of the Pyrenees, vary in composition according to their location. At the top of the reliefs outcrop clays with gravels and sheets of pebbles. The west-facing slopes are interspersed with limestone beds, while to the east have accumulated silt carried by the winds.

History of the vineyard

As with the majority of Occitania vineyards, monastic activity contributed to the rooting and notorious development of Madiran wine. The archives of Madiran Priory confirm that the vine is well established throughout the territory from the beginning of the XNUMXth centurye century. During the XVe century, the Adour river which joins the ocean via Bayonne, contributes to the development of river trade. The Madiran, with strong aging potential, is suitable for transport and export across the Atlantic. At the same time, the Madiran wines shine in particular on the natural regions of Bigorre and Béarn. If we look at the notarial registers of the XVIe and XVIIthe century, it appears that regional demand is strong for these dense red wines. It can also be seen that wine-growing customs already resort to row plantations with this particularity of high-rise trellising, which is still current on the Madiran vineyard and Pacherenc-du-Vic-Bilh.

The grape variety Tannat is inseparable from Madiran wine. However, in the eighteenthe century, it is not yet the dominant grape variety of the appellation. The pioneers are Fer Servadou, locally called Pinenc, and Cabernet Franc. The notoriety of Madiran really took off from the XNUMXe and XIXe centuries. The Tannat introduced at this time gives the wine a more dense color and above all a tannic structure favorable to long aging and transport. The territory therefore acquires its status as a wine region. In 1906 the collective identity of the winegrowers asserted itself with the creation of the Madiran winegrowers' union, followed in 1936 by that of Vic-Bilh wine union. It was finally in 1948 that the decree recognizing theAOC Madiran. Two cooperative cellars therefore contribute to uniting the wine-growing identity: the cellar of Saint-Mont, which has now become Plaimont, and the Crouseilles cellar. As for independent winegrowers, several estates are also gaining notoriety. Among them, Alain Brumont who operates the Château Bouscassé and Château Montus established itself as an ambassador for the appellation during the 70s.