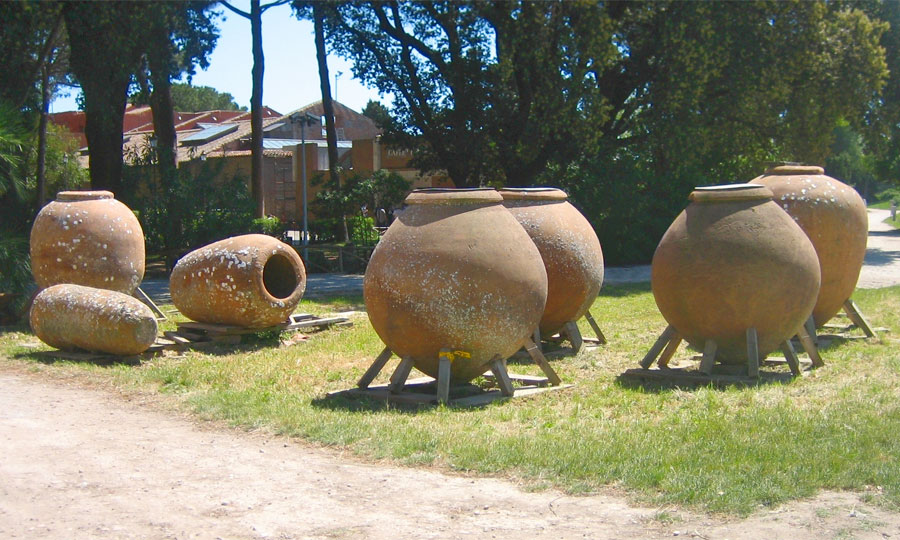 Home \ Oenology and History \ The ancient vineyard in Occitania

The productive establishment of vines in Occitania dates back to Antiquity. The study of the ancient vineyard confirms that the region has always been a great land of wine.

La Narbonnaise, cradle of the vine

In Gallo-Roman times, a large part of the Occitanie region bore the name of Narbonne. Extended from Nîmes to Toulouse, it included the current lands of Languedoc, Roussillon and part of the Southwest. The wine economy was already very active there and archaeological research proves that this province of Gaul is an authentic cradle of vines and wine. Many villas antiques have been updated and studied in the departments of Gard, Hérault and Pyrénées-Orientales. The excavations of these wine farms have highlighted the importance of wine production from the Roman conquest until the Middle Ages. The region of Béziers was particularly famous and already distinguished in the stories of Pliny the Elder. The grape variety Aminee had a reputation for contributing to the quality of these wines while the production of flat-bottomed Gallic amphorae ensured their distribution throughout the Empire. There were many workshops producing wine amphorae in Narbonne, like that of Clos de Raynaud located in the current town of Sallèles-d'Aude.

The wine villas and their infrastructures

The excavations carried out on the whole territory of Languedoc and Roussillon as part of the conservation campaigns have updated the wine infrastructure of the villas Roman. The analysis of the archaeological remains testifies to the articulation of crushers, collection vats, wine-making and conservation cellars, rooms dedicated to the development of defrutum. On the plans exhumed cella vinaria, these ancient cellars, the count of storage locations is a precious indicator of the volumes of wine produced by the ancient vineyard. The villa discovered at Nissan-Lez-Ensérune is a demonstration of the links between the production units. The cellar, built in the direction of the slope, sees the presses occupy the highest soils. The juices pressed upstream then flowed by gravity to a tank of several tens of hectoliters where they were collected. The storage space then extended the building of which it occupied the lower part. The count of places reserved for dolia allows to measure the volume of production of each of the ancient domains.

At the Villa from Prés-Bas to Loupian, the facilities are quite elaborate. The cellar is estimated at 315 m2 divided into two naves separated in the central axis by a row of pillars. There are counted the locations of 90 dolias, the filling of which was probably carried out using a pipe connected to the winery by a pump. Production is estimated at this location at 1500 hectoliters. From these various archaeological findings it is possible to get an idea of ​​the size of the vineyards attached to these Roman Villas. These probably extended over several dozen hectares and occupied average areas quite close to current vineyards. Yields estimated between 30 and 60 hectoliters per hectare are also approaching the same performance as today. One of the largest estates in Narbonne, the Villa de Vareilles, was located in Paulhan Adissan on the current terroir of Montpellier sandstone. Equipped with four cellars, the inventory of at least 500 large-capacity dolia suggests a wine production of around 6000 to 7500 hectoliters from a vineyard of at least 120 hectares. This productivity, compared to the number of workshops that produced Gallic amphorae, show that the region was already a major place of production and export of wines.