The appellation covers a small geographic area, concentrated to the north of Pezenas, city of art and history. To the west the vineyard finds its limit with that of Faugères. In the south-east, it touches that of the Pinet Popsicle. The appellation Languedoc Pezenas is distinguished in the first place by the mineral quality of its soil where schists and limestones mix with volcanic basalt. The vineyards are spread over a land whose topography sometimes brings them closer to the sea to the south-east, sometimes to the first reliefs of the Montagne Noire to the north. Dedicated to the production of red wines, the grape varieties are similar to those of Terraces of Larzac or Pic Saint Loup. The three main ones include Grenache, Mourvèdre, and Syrah, to which are added incidentally Carignan and Cinsault. In Languedoc Pezenas, the rules of viticulture and vinification are particularly strict. The youngest vines do not come into production until their seventh year. The wines are made from a blend of at least two grape varieties, one of which is the main one. They are purple in color and concentrated aromas, presenting mineral notes associated with melted tannins. Aging for at least one year is an obligation. It ensures long aging and reinforces the ambition of the appellation Languedoc Pezenas to distinguish itself by high quality wines.

Where to find Pézenas wines? 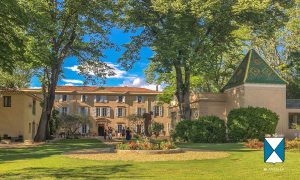