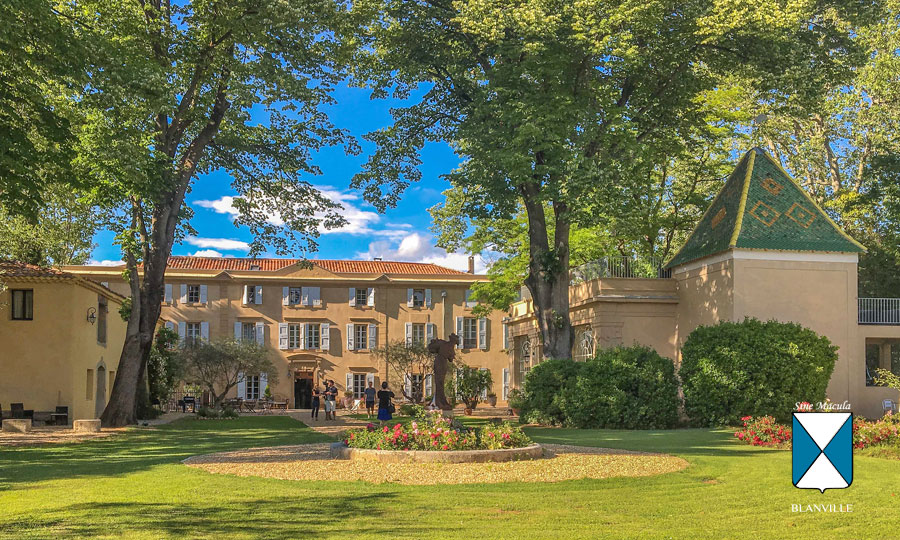 Invested in appellations Languedoc “Grés de Montpellier” et Languedoc “Pezenas”, Chateau Haut-Blanville is characterized by a plot-based approach to the vineyard where each wine applies to express the mineral qualities of the terroir that saw its birth.

Le Chateau Haut-Blanville is a family estate founded in 1997 by Béatrice and Bernard Nivollet, recently joined by their daughters Charlotte and Margaux. The vineyard is established on the territory of Saint Pargoire, located west of Montpellier and north of the Etang de Thau. The context announces a typical Mediterranean climate where the proximity of the coastal zone makes the maritime influences dominant. To the north of the appellation stand the foothills of the Terraces of Larzac which act as a barrier to cool winds. The terroir is that of Montpellier sandstone whose name inherited from Occitan refers to predominantly stony soils. A plot established on theAOP Pezenas completes the wine heritage. In fact, on these lowland vineyards, the average temperature is higher than other Languedoc appellations. The ripening of the berries is precocious. They announce wines with a dense profile, endowed with structured tannins which are accompanied by a minerality typical of these soils of sandstone.

When the Nivollet family acquired the Chateau Haut-Blanville, she imported in Languedoc an approach of the soil inspired by its Burgundian culture. More precisely, it is the principle of the division into climates which prevailed. The vineyard was thus formed by the progressive acquisition of selected plots, giving rise to Mono-plots of Blanville. Five terroirs classified as AOP characterize the estate: Old railway, legends, Charms, Las Combes et peyrals. Behind this simple enumeration already prefigures the profile of wines expressing the uniqueness of each land. The grape varieties themselves come from selections adapted to the individual character of the plots. Their palette is typically Languedoc, dominated by Syrah, Mourvèdre, Grenache and Carignan for the reds, supplemented by Grenache, Marsanne, Roussane, Sauvignon, Rolle (or Vermentino) and Viognier for the whites.

The Blanville wines are the result of an intimate link woven between terroirs and grape varieties. In strict logic, the cuvées are distinguished according to their plot origin. From the land of peyrals are coming Fullness in Grenache noir or Whispers in majority Syrah while Poets introduced a Mourvèdre version. The Old railway generates the cuvée 1955, also honoring Syrah. Calypso is born from the terroir of Charms of which it also values ​​Syrah here, alongside Black Pearl which is dedicated to Cabernet Sauvignon. Time for each of these reds is a major ally: in Montpellier sandstone breeding requires a minimum patience of one year. AT Chateau Haut-Blanville, where new barrels are often required, aging in the cellar can take two to three years. Expressive of another face of the vineyard of High Blanville, the whites from plot vinification are also present. From the terroir of legends comes from a white wine from Viognier named Garden of Legends. From Charms, the reunion of Viognier, Chardonnay, Marsanne and Roussanne gives substance to Albisson Gardens. As to Garden of Eden, these are Grenache blanc and Roussanne from Old railway which builds the aromatic spirit. In red as in white, the choice of juices is a determining act of the profile of each wine. Fruits of rigorous selections for the definition of plot cuvées, they are also assembled in Blends. They thus open up other perspectives on the wealth of resources offered by the terroirs of Blanville.