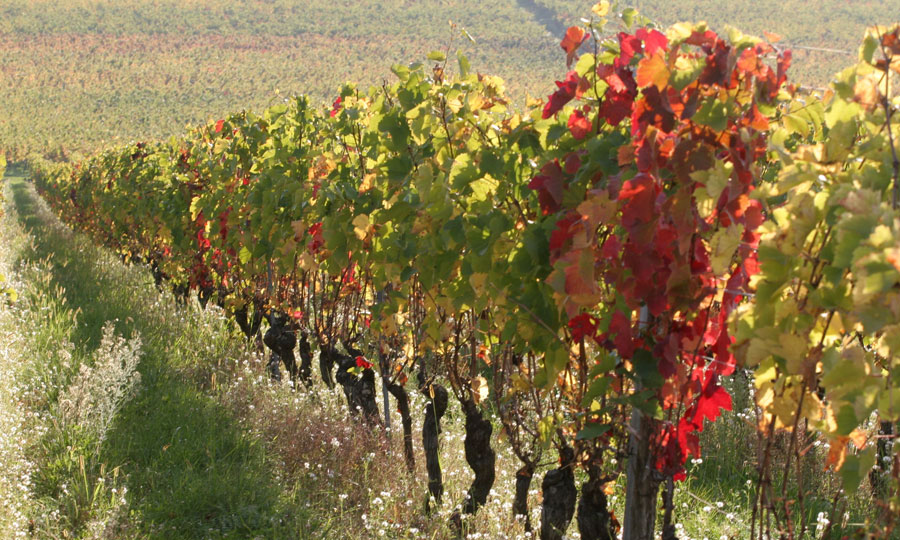 On the vineyard of Fronton, at Château Joliet, Marie-Ange and Jérôme Soriano produce traditional wines that are committed to successfully promoting the specific grape variety of the appellation: Négrette.

Between Fronton and Tolosan County

Chateau Joliet takes its name from a locality in the vineyard of Fronton. This small property located on the hillsides had been operated in cooperative viticulture since 1980. It was taken over in 2010 by Marie-Ange and Jérôme Soriano who have since endeavored to promote the vineyard as independent winegrowers. Aware of the need to affirm the specificity of a terroir, they devote themselves to winemaking that is perfectly in line with the tradition ofAOP Fronton. The vines cover an area of ​​25 hectares. Specific to the appellation, the Négrette is in the majority as it should be. This grape variety, well suited to the production of red wine, coexists on the estate with Syrah and Cabernets for the most common blends. For the whites, vinified in IGP County Tolosan, the winegrowers' choice fell mainly on Sémillon, Muscat and Muscadelle.

The Négrette in the foreground

When Marie-Ange and Jérôme Soriano talk about Négrette they first note the care required by the grape variety. Although adapted to the climate and the terroirs of the Tarn valley where its presence is attested from the XNUMXthe century, Négrette is no less capricious. With a compact cluster and fairly thin skin, the grape variety can indeed prove to be vulnerable to vine diseases. But from this demanding species we extract a red wine with strong typicity, a true signature of the appellation. Its color first, rich in anthocyanins, is a dense and deep red. From this dominant visual she inherited other evocative names such as Black madwoman ou Negret of the Tarn. Then its bouquet, identifiable among all, where violet and liquorice come in the foreground, supported by spices and red fruits. It is in respect of this traditional typicity of Fronton that we are attached to Chateau Joliet.

Marie-Ange and Jérôme Soriano make Chateau Joliet the mark of a Fronton of tradition. Evidenced by one of their cuvée which reveals in its pure state a 100% Négrette. But make no mistake: the know-how of each estate expresses a variety of nuances in Négrette. To Chateau Joliet it leans much more on the fruit side than on the spice side. It owes its features to a harvest with good maturation followed by aging in vats which retain the aromas. In accordance with the appellation specifications Fronton, blending cuvées are also traditional. They combine the Négrette with the complementary qualities of the Syrah or Cabernets. Harmony is well established with the cuvée Tradition awarded in 2017 at the Concours Général Agricole. Outside the appellation, Chateau Joliet also produces dry and sweet white wines, exploring the aromatic subtleties of Muscat and Sémillon. In the same spirit and even more unique, the cuvée Dolce Vita explores in pink color and with sparkle the resources of a 100% Muscat in a style very specific to the domain.