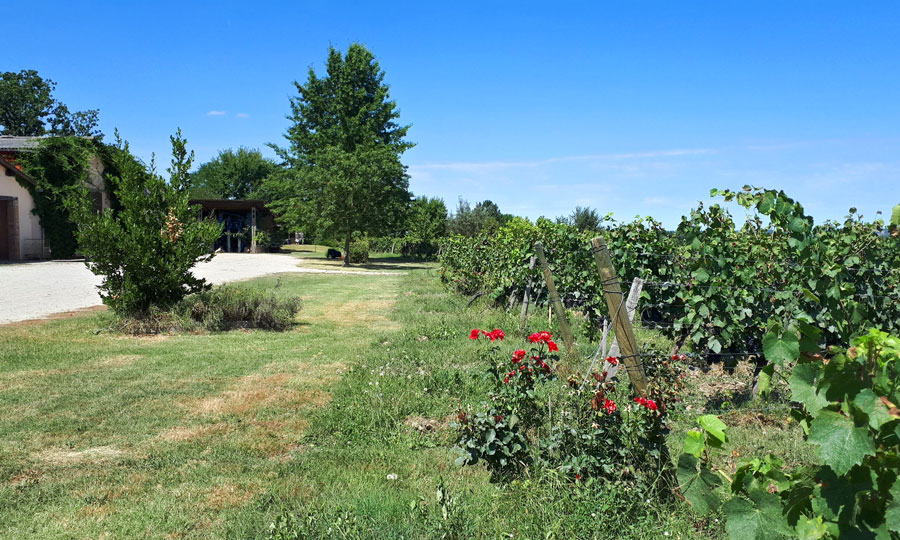 In the Fronton vines grown to organic standards are rare. Château Boujac is one of them and deserves a stop. So we will taste wines that are both typical of the AOC and of a spontaneity where the fruit is expressed in good balance and full intensity.

The legacy of an era

In the 30s, the Selle family from Italy settled in Campsas in the Frontonborn. On these lands of the southwest many wastelands remain. The vineyard of Fronton has not yet acquired its current notoriety. Some of the wine produced there essentially supplies the table wine market in Toulouse. The other part reaches northern Europe from Bordeaux after taking the waterways of the Tarn and the Garonne. Négrette, a grape variety endemic to the Tarn region, thrives on this terroir of Boulbènes. At that time, quantity was more important than quality and would give this wine an image that would permanently erase its character. The transmission of the estate to the third generation will completely change this destiny.

In 1988, Philippe Selle acquired 10 hectares of vines. The vineyard is then worked according to conventional methods. Plowing the soil, treating the plants to keep “a clean vine” are established habits. Except that Philippe and Michelle Selle, his wife, have a sense of the land. Dissonances disturb them: the fescue that is sown to temper the ardor of the vine becomes resistant to weedkillers. Too plowed earth transforms the ground into a strict shelf. The meeting of other wines, other ways of doing and thinking will upset destiny. In 2007 the estate made a commitment to organic viticulture. The label was acquired in 2011. The change is spectacular: the vine regains vigor while the natural grassing regulates its growth. La Négrette, perfectly suited to soils of Fronton, finds the optimal conditions for its maturation. Letting it live while controlling it, weeding the soil rather than plowing it, regulating yields will restore the vineyard's vitality.

At Château Boujac everything works towards a single destiny: to make the wine the best possible expression of ripe fruit. Aging in vats is the rule with the exception of one cuvée. Five reds and two rosés highlight the AOC. The blend of Négrette with Syrah or Cabernets makes it possible to qualify its typicity. But it reaches its full expression with a red and a rosé vinified in 100% Négrette. The first is the cuvée Kelina. It comes from maceration and fermentation in barrels, exclusive to Château Boujac. Roundness, suppleness, vigor of the fruit and a deep red color qualify it. In the same vein, but resulting from fermentation in vats, the rosé Secrets of the Stars reveals a deep pink color from which emerges a seductive nose, also on the fruit. La Négrette at Château Boujac is perfectly tamed and the estate is exemplary in its development. Starting with its uncompromising commitment to organic production, which guarantees the full expression of the vine. In a cuvée outside AOC, the same intensity is found in the white Terra Minima where the fullness of Sémillon finds its aromatic counterpoints in the alliance with the Muscat of Hamburg.