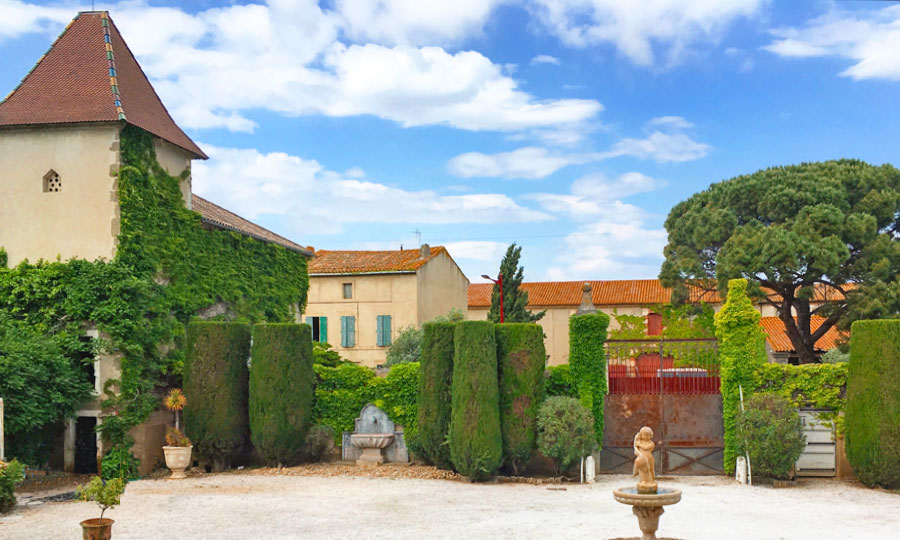 In the Minervois vineyard, Paraza Castle is a charming residence built on a historic site. The wine estate attached to it has been in operation for several centuries. The Danglas family has been in charge of it since 2006 and signs expressive wines of grape varieties and terroir.

The Castle of Paraza

Le Paraza Castle is a historic XNUMXth century residencee century of which Pierre Paul Riquet was the most famous occupant. He lived there during the construction of the Canal du Midi, named at the time Canal du Roy. The building overlooks the waterway which is now a UNESCO World Heritage Site. The first level of the garden overlooks the vast Aude plain. Seven terraces then cascade down to the canal. The unique location of Paraza Castle in fact today a charming hotel with four suites converted into guest rooms. The wine industry has been established on the estate for several centuries. The Danglas family has been watching over the destiny of this 2006 hectare vineyard since 75. It is developing responsible viticulture there with the label High Environmental Quality (or HVE).

The vines extend on hillsides over alluvial soil where clay-limestone substrates rub shoulders with veins of siliceous pebbles from the Montagne Noire. On this sunny terroir frequently swept by the mischievous winds of Minervois, the average age of the grape varieties is around thirty years. Reserved for the highest cuvées of the Paraza Castle, the oldest vines announce 65 years of age. If the latter include Syrah, Grenache noir and Mourvèdre by tradition, they have learned to coexist with Merlot, Cabernet franc, Pinot noir, Marselan and Roussane. This rich palette prefigures a taste of winemaking playing with complex effects depending on the vintage. The wines from reasoned yields are made in a 102-meter-long cellar, the volume of which offers good latitude for vinification. The temperature is naturally regulated there by a stone enclosure with thick walls. The deep alley of the vats is prolonged there by a vast cellar where the wines of the domain are appreciated in a neat setting.

Au Paraza Castle the development of fruity and balanced wines motivates the work in the cellar. Range Velvet, in white and red, reflects quite well this search for an elegance matched with the typicities of Minervois. The Red velvet, made from Syrah, Grenache and Mourvèdre, expresses more particularly this southern signature which offers red fruits highlights of spices structured by silky tannins. The expression of power is accentuated with the cuvée Ad Vinam Aeternam. The alliance of Syrah, Grenache and Mourvèdre comes to seek another complexity brought by the aging in oak barrels. As for the strength of the fruit sitting on the breaths of spices and the supple accent of the tannins, it is in In Vino Veritas that she recognizes herself. With Bad rosie, the rosé reveals a fruity and freshness that the vintages Palma de Mallorca relay with even more nuance. Vinified in white and rosé, then mainly aged in barrels, they bear the signature of the entire Danglas family. Because in Palma de Mallorca converge the initials of each first name: Pascal, Annick, Lucile, Matthieu, Antoine. This means that the wines of Château de Paraza are defined by a united quest for elegance and quality. This character is expressed in its highest will with the rare cuvées that are the X and MMV. But they also say themselves in all spontaneity with the collection Oh La La, designed for fun and conviviality.

The wines of Minervois