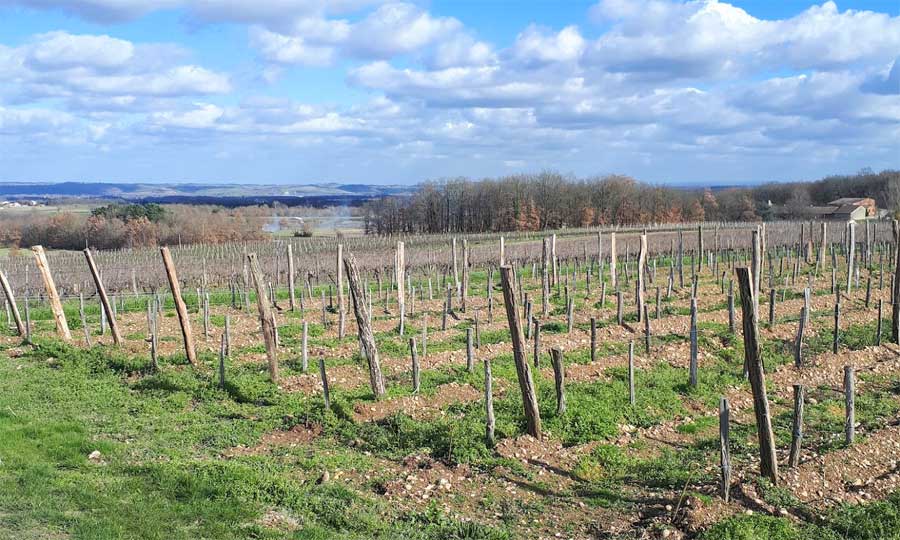 If in the vineyard Fronton the reputation of wines from Chateau Plaisance is no longer to be done, the virtuous stance adopted by Marc Penavayre for the cultivation of its vines deserves our attention.

Chateau Plaisance is located in the heart of Vacquiers, a small village near Toulouse which is also the highest point of the vineyard Fronton. The estate has been operated for several generations, first in mixed farming and then in exclusive viticulture from 1971. A name is inseparable from it: that of Penavayre, with Louis first, then Marc today and Thibaut tomorrow. Certified organic since 2008, the operation has also been inspired by the principles of biodynamics. The vinifications are concentrated on the production of natural wines well anchored in the full expression of the terroir and its specific grape variety: the Négrette. The estate is in itself a conservatory: the “La Bosse” plot today brings together 42 different varieties. This heritage makes it an exceptional genetic reserve where all the wine interest of thedesignation Fronton.

Wine is first and foremost the vine. What Marc Penavayre promotes in the first rank, it is its soil. Because Vacquiers, a former medieval fort, is established on a natural hill overlooking the valleys of the Tarn and the Garonne. On the flanks of this natural relief are spread the 26 hectares of vines of Chateau Plaisance. The soils from which they draw their sap are made of rolled pebbles, boulbènes and red mullet that prehistoric Tarn deposited in time immemorial. This is an ancestral land that calls for care and respect for its geological wealth. Keeping it alive, restoring it fully to its biodiversity is the tireless task of Marc Penavayre. From this unique soil, preserved in the highest expression of its resources, the winegrower extracts natural wines which are certainly the most fascinating of the appellation. Because the preservation of indigenous grape varieties often redoubles the search for authentic wines.

À Chateau Plaisance the Négrette leads the way and dresses in the most expressive names of the land. In L'alabets it is delivered in all kinds, while with Tot Cò Que Cal - Everything that's necessary - it is accompanied by a ripening of two winters in lightning. With Thibaut - the vintage of Pitchou - it is structured on the one hand with Syrah and an aging of two winters in barrels. But as the reputation of the wines of Château Plaisance is well established, it is on the rare vintages of the domain that it is good to concentrate. We find a Negret Pounjut, endemic and almost forgotten grape variety of Fronton, giving a light and very fruity wine. There is a wine with typical bitterness and length, the Makes Its Juice, taken from old black Jurançon goblets. Among the sweet, outside the appellation, a 100% Sémillon rubs shoulders with a bewitching 100% Hamburg Muscat, whose rosé radiance announces the aromatic breadth. And to conclude the table on the fruit and the sweet vivacity, comes the serapies, a 100% Négrette mutated on grain. If the offer seems as voluble as it is dazzling, it can be summed up in a single truth: that of meeting the wine, the real wine from the terroir of Fronton.

The vineyard of Fronton derives its specificity
of an indigenous grape variety: Négrette.